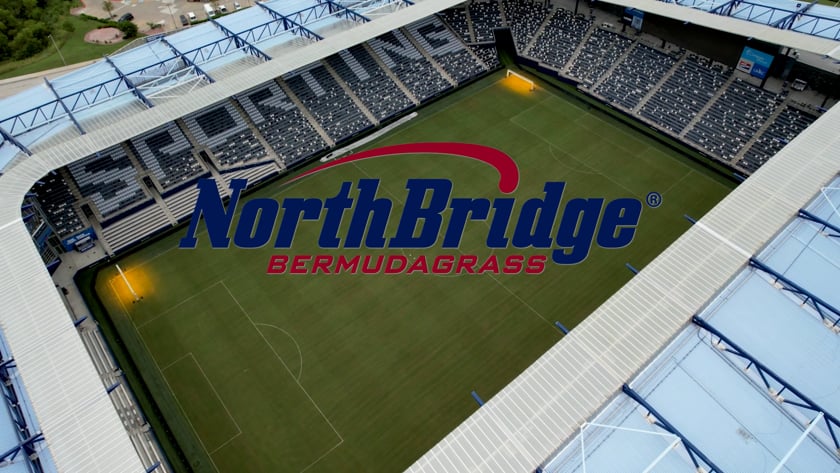 When MLS team Sporting Kansas City debuted Children’s Mercy Park stadium in 2011, being in a “transition zone” area of the country where weather extremes are the norm, the club started with bluegrass as its surface. Over time, the club realized the need for a warm-season grass type and switched over to NorthBridge Bermudagrass, which does “bridge” the gap between warm and cool. NorthBridge has excelled over the years and is not only on the stadium field but on another 16 acres of practice facilities. With a soccer season that runs from March to November, NorthBridge gives the club early green-up in the spring and it holds its green color late into the fall.

“Post-game you can’t tell they were out here. There’s no tufting, no scalping. It just plays phenominal.”